“And the things you have heard me say
in the presence of many witnesses
entrust to reliable people who will also
be qualified to teach others.”

Udo was born in Saarland in 1959 and was in the German Army (Bundeswehr) for 10 years before working in administration as a civil servant in the District Office in Pforzheim (Landratsamt Pforzheim). Kathleen was born in Scotland in 1964 and worked as an orchestral musician (French horn player) in the local theater in Pforzheim (Stadtheater Pforzheim) They married in 1988 and currently live with Justin, their Namibian foster child, born in 2012.

Ties to Rays of Joy and Gospel Outreach

Udo and Kathleen were active in the leadership of Rays of Joy Church (Missionswerk "Strahlen der Freude") in Pforzheim in Germany from 1989 until 1995 when they were sent out as missionaries to Namibia. Since then they have been working in partnership with Gospel Outreach, which was founded in Windhoek in 1985 by Pastor Roy and Gerda Wallace. Udo and Kathleen felt called by God to work with Gospel Outreach to establish Christian Leadership Schools (C.L.S.) in Namibia. The first C.L.S. was opened in 1996 in Windhoek and in 1999 it relocated to Imkerhof Training Centre on a farm in the Okahandja District.

In 2012 Udo and Kathleen moved on to the second part of the vision God gave them according to the Scripture they received when they were called:

“And the things you have heard me say in the presence of many witnesses entrust to reliable people who will also be qualified to teach others.” 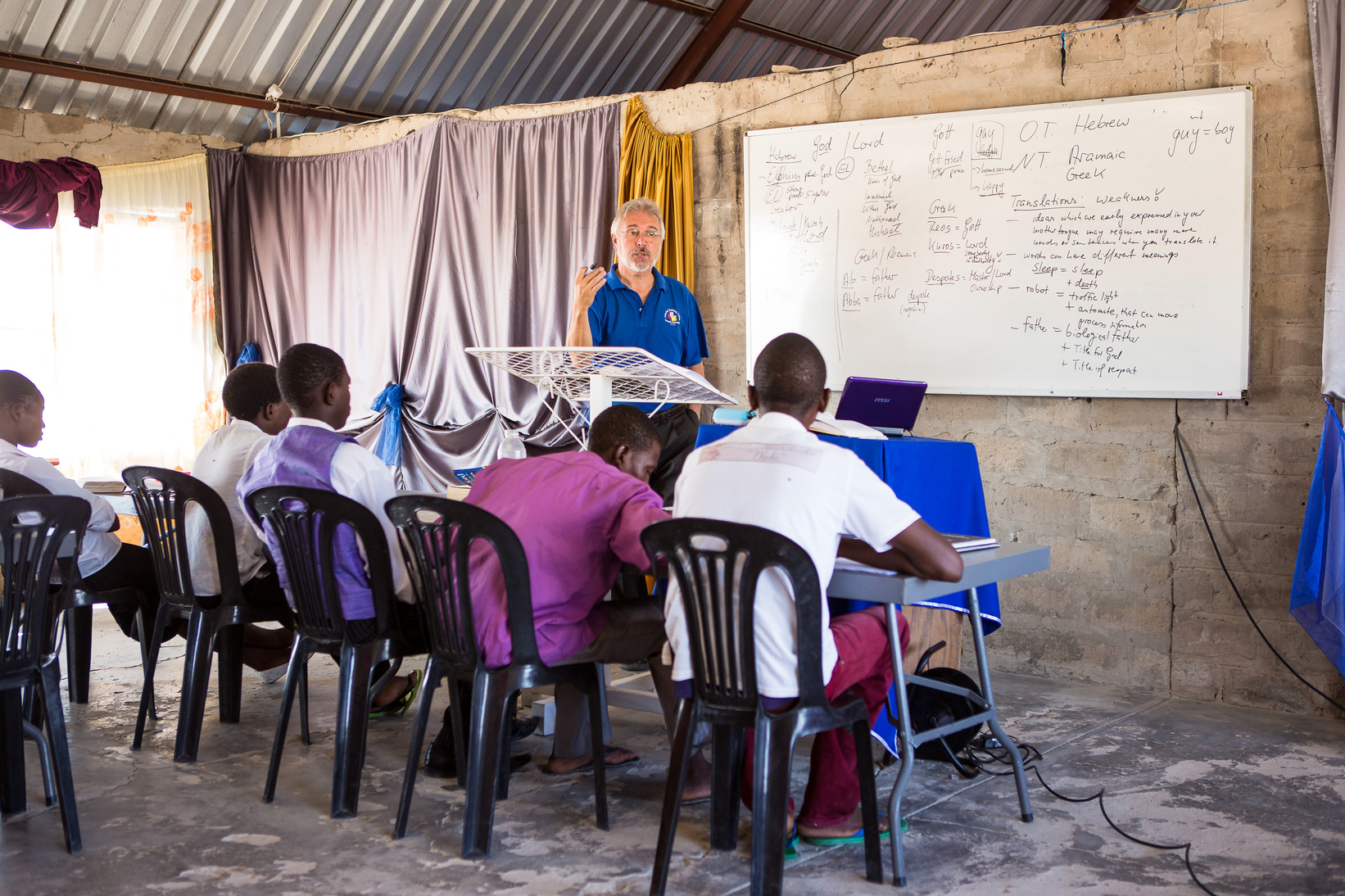 Former students of C.L.S. are now being supported in establishing their own Bible Schools to train leaders for the local churches in their area. There are already 3 Gospel Outreach Bible Schools and 3 affiliated Bible Schools in different areas of Namibia and in Angola. Udo has a mentoring role and travels to the Bible Schools, assisting in training staff and in administration as well as teaching.